I’m often and excitedly critical of the Dark Knight Detective. As I’ve said on many occasions, I have more than my fair share of issues with the character and his presentation in modern DC Comics. That being said, I can’t argue that he easily has one of the best rogues galleries in comics, only challenged by the X-Men, Spider-Man, and the Flash. From psychos to geniuses to well-meaning but misguided environmentalists, Batman has to deal with an eclectic guide on his nightly searches for people to viciously beat. Plus, the Top 10 lists I did for Marvel and DC didn’t really allow me to cover as many villains as I’d like. I will likely do lists like this for other heroes and teams in the near future as well. With that being said, let’s count down my Top 10 Batman villains.

Waylon Jones is a pretty sympathetic character when you get down to it. He was born with a skin disorder, put in a freak show, and his problems were compounded by unnatural mutations that turned him into an anthropomorphic crocodile monster. His mental health has gradually deteriorated by the constant torment he has received during constantly during his life as well as his mutations which he has undergone throughout his life. Essentially, he was told all of his life he’s a monster, and he became a monster. I feel that it’s no irony that Waylon is an African American, and, if you spent your whole life being told you are a criminal, it makes it easier to become a criminal. Oooof, I’m on a roll this week.

Point being, Killer Croc is an animalistic villain with a great visual design and a sympathetic backstory, and I like him a lot. 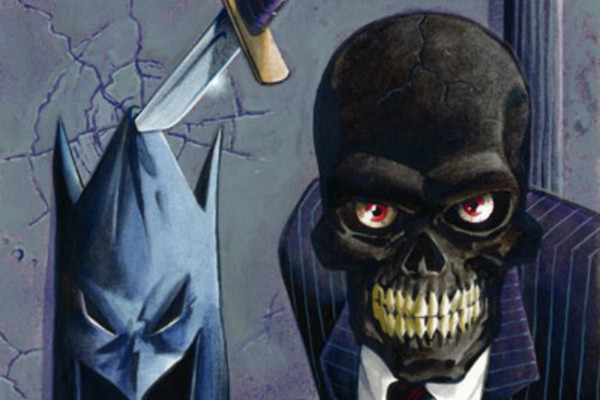 I have a soft spot in my heart for the classical mob boss archetype, and, consequently, I love Roman Sionis. Yeah, he is sort of the second iteration of the Penguin with a visual design that rips off the Red Skull, but, hey, he looks really nice in his white suit. That’s something, right? Yeah, I can’t defend this one too much. I just like the Black Mask a lot. He screams a lot, he’s incredibly violent, and he seems like he could be good friends with Tony Montana. He’s a Dick Tracey villain for a hero who was based heavily off of Dick Tracey.

Immortal leader of the League of Assassins, the Head of the Demon is a great antagonist to go toe-to-toe with the Caped Crusader. He has fighting prowess on par with the Bat, and he can get back up every time he’s killed. The fact that he and his order of ninjas trade in killing bad people while Batman just puts them in a place that is ill-equipped to hold them R’as them a pretty good yin to Bruce’s yang. It’s hard to argue with R’as’ logic every time Joker or Zsasz butcher an entire family. The poster boy for trying to overcompensate for an inferiority complex, The Riddler is really smart, but his inferiority complex prevents him from making an unbeatable challenge. This sort of predestines him to fail if you forget the fact that he is just about as smart as Batman. All it takes is one failed riddle, and the Riddler will win. That’s kind of scary if you think about it, and it means that, if anyone is going to kill the Batman, it will probably be the Riddler.

Or it could be Hush. He’s really smart too, and he has insight into Bruce Wayne’s formative years. A childhood friend of Bruce Wayne, Doctor Thomas Elliot is a sociopathic surgeon with a grudge and a lot of resources at his disposal. Jeph Loeb’s original Hush storyline is a masterclass in comic book storytelling. Hush is a dangerously intelligent schemer who can play the long game and sees all pieces on the playing field. His costume design is really cool too, and I’m disappointed that he hasn’t shown up much since the start of the New 52. I’d like to see more of him in the future.

Yeah, I couldn’t make this list without name-checking the Clown Prince of Crime. He’s morbid, incredibly dangerous, and damn funny; what’s not to like? He is crazy beyond comprehension, but he’s also a schemer with plans that a normal human mind would struggle to decipher. His pseudo-romantic obsession with the Batman makes him quite fascinating, and his purple suit is timelessly stylish. He’s a villain that has stood the test of time, and he is a terrifying character study into the depths of the human psyche.

Victor Fries is a man driven by love and compassion. When his beloved Nora was almost taken away from him by a terminal disease, he froze her until the day he could save her life. His experiments made it so that he himself required low environmental temperatures to survive. Armed with a freeze gun and body armor, he is a genius with a grudge against the Batman for the many times he has been foiled by the Detective. He isn’t an evil man though. He just can’t bear to see his beloved go. Who can’t relate to that on some level?

Also, screw that New 52 retcon that made him into an obsessive stalker. My Victor Fries will always be a man who loves and was loved.

I went back and forth on whether or not to include Cyrus Gold aka Solomon Grundy on this list. He was originally a foe of the Justice Society, but, in recent years, he has gone toe-to-toe with the Batman quite often. I decided to include him as an excuse to talk about Solomon Grundy some more. He’s a rage-driven beast, but he doesn’t actually hold much malice in his heart. He is often a pawn, a puppet, in the schemes of others. Plus, f that time Batman brought him food on Thanksgiving doesn’t warm your heart, then I don’t know what would. He’s a mammoth beast with minimal intellect, but he is strong enough to throw down with Superman. What’s not to like?

Floyd Lawton may not harass the Dark Knight too much these days, but, when he first hit the scene, it was in Gotham trying to beat Batman at his own game. He has gone to battle with the Caped Crusader on many occasions since, and it’s always been a rough bought for Gotham’s resident hero. Deadshot is the best marksman in the world, and he never wastes a bullet. He’s also reckless, probably has a death wish, and really only does it for the reputation he has. We’ve talked about Deadshot before on this site, so I won’t go on much more. I just love Deadshot, and he will always be one of my favorite DC rogues.

I absolutely love the Scarecrow. From his creepy, spindly form to his obsession with exploring the depths of fear in himself and others, Jonathan Crane is a force to be reckoned with in Gotham’s underworld. His fear toxin is potent and will make you face your worst nightmares. His costume is unnerving. His intelligence is among the greatest in Gotham. All this, and he has the ability to make Batman experience the worst moment in his life on repeat.

Tony S. Daniels introduced Barton Mathis at the beginning of his New 52 run of Batman: Detective Comics. The rogue has not shown up since with the exception of a weak appearance in Arrow, and apparently in Gotham and Batman vs. Robin. This guy is freaking creepy. He takes body horror to the David Cronenburg/Lucio Fulci level. He performs reconstructive surgeries on people, making them into patchwork monstrosities to do his bidding. He was the one who infamously cut off the Joker’s face at the behest of the Clown Prince. He posed a dangerous threat to the Dark Knight, and I hope he shows up again someday. 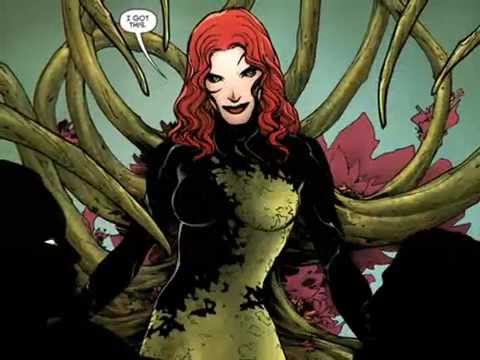 Pamela Isley is an individual who can see the damage we are doing to our planet, and a serum gave her the ability to communicate with and control plants. She is not an entirely malicious person; she merely thinks that humanity has done more than its fair share of damage to Earth. Due to her connection with vegetation, she favors their welfare of people, and her pheromones give her the ability to control men. She is a brilliant femme fatale and one of the coolest villains in Gotham.

A man with two personalities, Harvey Dent’s decisions come down to the literal flip of a coin. He can be merciful or ruthless. He can be intelligent or impulsive. He can save your life or end it. He is also a respected crime lord in Gotham, and he has carved out a name for himself despite the odds. Like I said, I like crime lord characters, and Two-Face is one of the best in Gotham.