Okay, so I’m stretching the term “relevant” here since they are bringing back the more classical interpretation of Lobo with Justice League vs. Suicide Squad and the subsequent Justice League of America title. However, the visual redesign Lobo received when he was re-introduced into the New 52 (after his prior Vegeta-like appearance in Deathstroke) was the epitome of the phrase “trying too hard.”

We discussed the idea of characters being a relic of their time with Cable, and many comic book characters are exactly that. There is no formula to making a super hero who can outlast the time in which they were created. Some ideas just manage to stay relevant.

We already talked about how of-their-time many other characters are: Superman, Captain America, Ghost Rider, the Punisher. Luke Cage was riding of 1970’s Blaxploitation cinema, and Shang Chi, the Daughters of the Dragon, and Iron Fist were a product of the martial arts movie craze of the same decade (yes, I’m noticing Marvel seems to have created most of these characters). Even the Fantastic Four, Marvel’s First Family of Heroes, is was riding on the tails of many 1950’s-60’s science fiction trends and tropes.

However, for a myriad of reasons, Batman, Superman, Captain America, the Fantastic Four, Luke Cage, Iron Fist, Shang Chi, the Daughters of the Dragon, Ghost Rider, and the Punisher have all survived into the present, with varying degrees of success, admittedly.

Lobo was originally a character who was hilariously attached to the 1980’s. He’s was ridiculously ripped, looked like a member of Kiss, and is often identifiable by his rad leather jacket. He rides a motorcycle through space, often has a lady on his arm, and uses a chain as a weapon. He was endearing in his ludicrousness, but, unlike most Deadpool stories, often acts as a serious character when he shows up. He walks a fine line between being an earnest character and taking the piss in a manner that few, if any, other comic book characters accomplish.

I am cogent to an easy comeback to this, “But why is this enjoyable in Lobo but problematic for Cable?” The answer is simple: Cable is entirely intended to be taken seriously. Lobo isn’t always, even if he wants to be. Sure, he can be a serious threat or a genuine actor in a serious story, but he is ridiculous and most writers know this when using the character. To add to this, Cable is intended to be a hero. Lobo is sometimes, but it’s often balanced out by the fact that he is a manic and bloodthirsty murderer. This fact can often ground his up-in-the-air craziness in an unnerving bit of reality, especially when remembering he committed genocide against his own species just for the fun of it.

Obviously, these reasons only apply to the Main Man, as characters like Captain America, Superman, Batman, Luke Cage, and the Iron Fist are all intended to be taken entirely seriously in the modern day. Each of them are also indisputably heroes. As I said, there is no true formula to a character that can last beyond their era of origin.

New 52 Lobo sheds all of this for a goth boyband persona that strips away all the fun for a pandering character that wants so badly to be the new idle for angst-ridden teenagers without an ounce of self-awareness. What’s funny is, in attempting to “update” the character, they have made a character that won’t survive the decade. He is very of this moment in time, and he likely won’t be remembered in a couple of years. 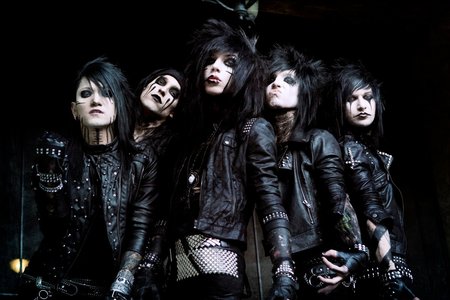 This Lobo Art by Yildiray Cinar

A more classical incarnation of Lobo is returning, and I am very excited for that. I love that ridiculous bastitch. This other sad version of the Main Man will hopefully remain buried with the rest of the Czarnians.

Also the slight towards this version of Lobo in the recent issue of Hal Jordan and the Green Lantern Corps was very much appreciated by myself.

One thought on “#8 Worst Comic Book Character: Lobo of the New 52”