Here are three honorable mentions that couldn’t quite make the list, but I’d still like to discuss anyway. 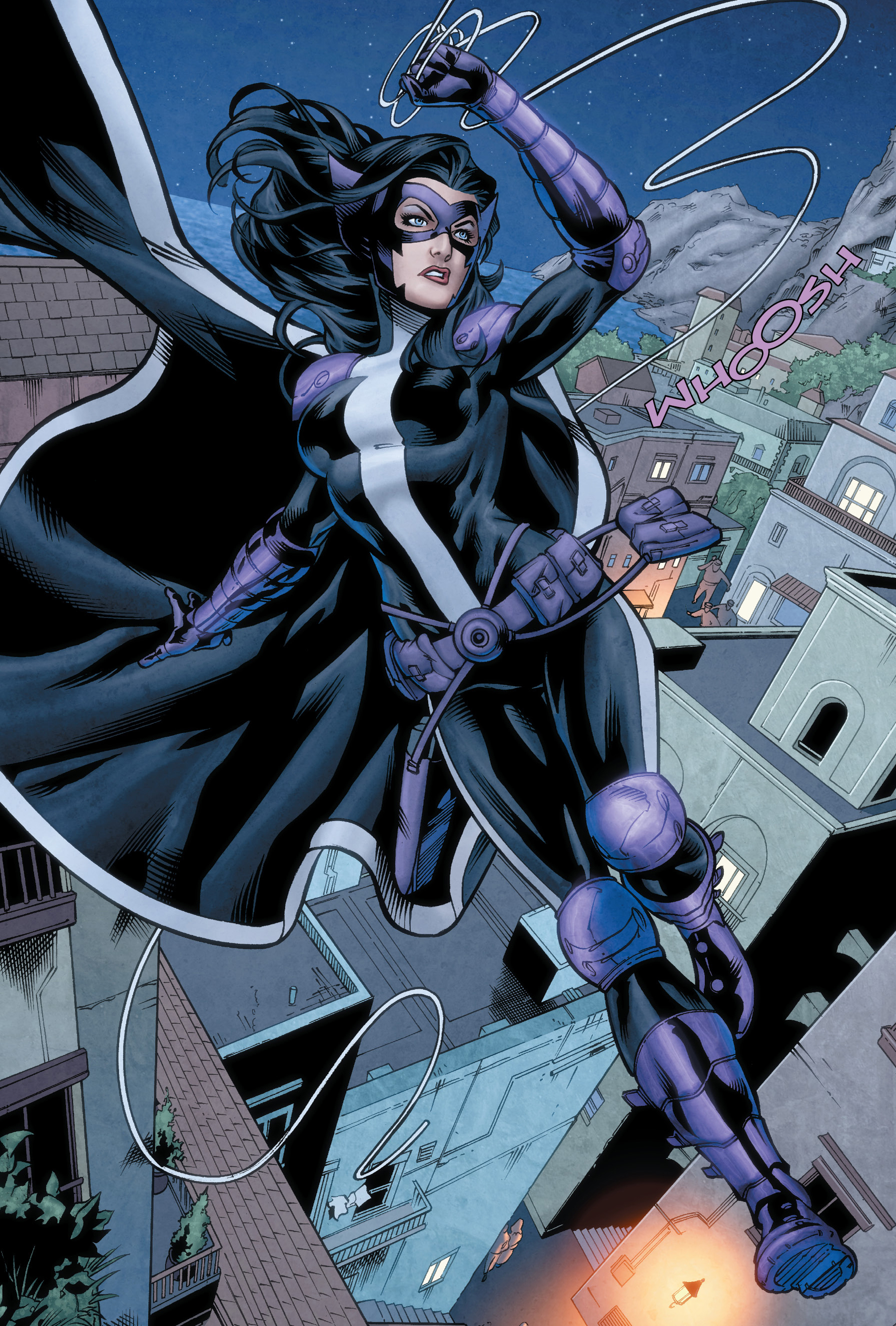 Huntress: Helena Wayne- Former Robin and daughter of Bruce Wayne and Selena Kyle from Earth 2, this heroine mastered the stealth and skills taught by her parents. She works from the shadows and punishes the wicked. She is armed with her trusty crossbow and is close friends with the former Supergirl of Earth 2, Kara Zor-El aka Power Girl. She’s dedicated, but she has a better sense of humor than her father.

Aquaman: Arthur Curry- Atlantean/human hybrid and heir to the throne of Atlantis, he is the first king to attempt to unite the surface world with nation beneath the waves. He is a founding member of the Justice League, is married to the Xebelan woman, Mera, and is locked in a blood feud with the assassin, Black Manta. His half-brother, Orm Marius aka Ocean Master, has attempted to usurp the throne from him on multiple occasions. His idealism and dedication has yet to pay off, as the surface world and Atlantis retain their distrust of each other. This has never stopped him though, and Arthur Curry continues attempt to broker a peace between the two worlds that make up the two halves of himself.

Wildcat: Ted Grant- Former boxer and longtime member of the Justice Society, Wildcat has no special powers that aid in his fighting. He merely uses his willpower and fighting prowess to battle evil. He’s a grizzled old brawler with a heart of gold, he’s part of the soul of the Justice Society. He has become a mentor and trainer to many of the younger members of the team, including his own son, and he has become a peer of the two founding members, Alan Scott aka the original Green Lantern and Jay Garrick aka the original Flash.